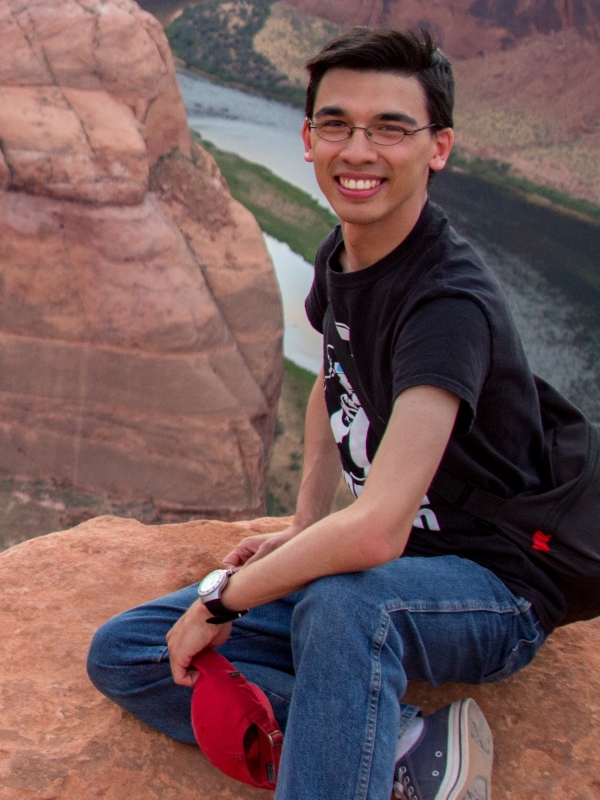 I have been coding since high school starting when I joined my high school's robotics team. Over the years I have learned that there is so much more to Software Engineering than writing code. In fact, most of Software Engineering is not writing code. It is about automation: making tasks faster, easier, simpler, or even possible in a reasonable amount of time. It is also about creating extensible and maintainable systems, so each step is easily built off of the last.

This is my personal website and any views or opinions expressed here are my own and not representative of my employer.

I began working as a Software Engineer at Bloomberg in 2017 on the Sales Intelligence team.

I first joined the User Analytics and Reporting team, where I was responsible for maintaining large ETL systems as well as modernizing the business planning tools used by management.

After a couple years, I switched teams to the Sales Performance and Metrics team, responsible for aggregating and reporting sales figures for use by the whole salesforce from the individual reps to upper management. I continued working with and improving the team's ETL processes to be more reliable, testable, and easier to deploy.

Anything posted here is my personal opinion and is not representative of Bloomberg.

In 2013, I was voted as one of two Captains on RPI's Ballroom Dance Team, taking an active part in team organization as well as a role in club events and planning. Additionally, I began taking care of the website, keeping it clean and up-to-date.

In 2014 I became the Vice President of the Ballroom/Latin branch of the RPI Ballroom Club, shift my major responsibilities from the team to the club.

2015 brought on not only the beginning of my role as Competition Coordinator, but also stepping up higher as an unofficial webmaster, rebuilding the ballroom club's website, making it responsive, user friendly, and sleek.

2016 I continued as competition coordinator, working closely with other officers in order to bring the competition to fruition. Later in the year, I became president, managing affairs of the ballroom club.

Come 2017, I organized the RPI Dancesport Competition once more, bringing in over a hundred competitors from around the East Coast and having everything in place for a seamless competition experience.

I worked in Redmond, WA during the summer of 2016, working on the EPIC team under the Office Experience Organization (under the Applications & Services Group).

In EPIC ("Engagement, Platform, and Incident Control") I worked on telemetry and monitoring in OAM (Office Active Monitoring), a platform to monitor the health and liveness of different Office services. My project was to begin the migration from an older health and alerting system to a newer, one-Microsoft solution.


IT Engineering Intern at Cisco Systems

Over the summer of 2015, I worked in San Jose, CA at Cisco Systems in Commerce under CVCIT, that is Cisco Value Chain under IT.

We measured code performance by integrating a Spring-backed metrics system in order to gauge what was least efficient, slowest, most used, etc. The system separated the functional code from the metrics, making code cleaner and easier to read. Lastly, we created dashboards using Grafana and Influxdb.

In addition, I did work in the Internet of Everything, creating a beverage-tracking system from the ground up. With the idea of tracking cups within a coffee-shop with RFID technology, store usage could then be gauged with everything being measured and processed. Through the process, we worked with connecting hardware to the database, using databases, and connecting the databases to the front end dashboards through a simple custom server script.

Starting in the Fall of 2013 I began majoring in Computer Science and Computer & Systems Engineering, with a Minor in Cognitive Science. I began learning new programming languages in addition to theory in the area of CS, such as machine learning, but also learning a lot with distributed systems and databases. With engineering, I began to learn CAD and engineering analysis, and soon began to take more hands-on classes involving electrical circuits as well as working with microprocessors, combining programming knowledge with wiring and circuitry. I graduated in May 2017.

Octopart, a tech start-up in the Flatiron District of Manhattan, is a electronics part search engine, striving to make part acquisition easier. During the summer of 2013, I worked in developing numerous parsing rules to process large amounts of part numbers automatically. In addition, I wrote web crawlers to get additional information about parts from manufacturer websites.


President of Software Engineering at StuyPulse

Since 2010, I took part in FRC Robotics Team 694, StuyPulse. From 2011 to 2012 I was the team's webmaster, and the following year I was the president of the Software Engineering Department. The team won the Website Award and the prestigious Chairman's Award at the 2012 Hartford Regional and in 2013 won at the New York City Regional, advancing to the World Championship for the fourth year in a row.

I attended high school at one of the top science and math high schools of New York City, Stuyvesant High School. I took numerous advanced tech, science, and math courses (including Systems-Level programming, Graphics, Advanced CAD, Calculus), as well as a large amount of humanities courses to understand the world around us in a multitude of different aspects (US Government, Comparative Government, Economics). I graduated as part of the class of 2013.

I was part of a team of three which placed as the fourth team of dozens of high school teams from around the New York/Long Island area.